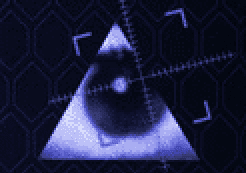 “Wax, or The Discovery of Television Among the Bees” is one of the greatest low budget films ever made. From its stunning and surreal story to its influential and extremely experimental use of CGI for the time, the film has transcended its budgetary limitations and has endured as a truly one of a kind experience.

The Discovery of Television’s visual style is something that I would like to highlight since it’s one of my favorite aspects of the film, as well as one of its most special qualities. In short, the film is a surreal mix of stock footage, computer-generated landscapes, and low fidelity video of the main character “Jacob Maker” in a beekeeper suit in various locations. While this sounds boring on paper, in execution it is an onslaught of information. I’d equate the activity of watching this film to sensory overload, as there are so many visuals happening at once in addition to the insane plotline of the movie.

The story of this film is almost incomprehensible, and while it does have a beginning, middle, and end, nothing that happens follows any sort of internal logic. I believe this is to the film’s benefit though, as the story (while completely nonsensical) is extremely compelling. The entire plot is shown through the eyes of a single narrator known as Jacob Maker, and it sees him travel to The Garden of Eden, The Land of the Dead, and Mesopotamia. All of which are told through increasingly strange ways.

Even with how odd this movie’s plot is, I’m still left constantly intrigued and stunned by just how unique and captivating it manages to be. The visuals, narration, and stellar filmmaking all combine to make one of my favorite experiences I have had so far with cinema. “Wax, or The Discovery of Television Among the Bees” is truly an eye catching film that deserves to be remembered.