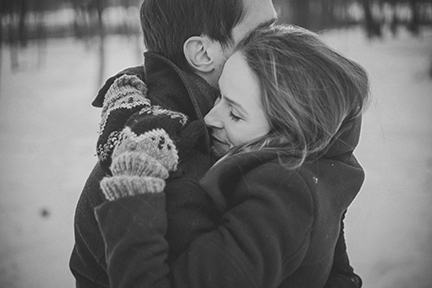 Once someone updates their relationship status on Facebook or adds a date to their Instagram bio surrounded by swirling hearts and wedding ring emojis, it becomes official—their relationship now has an online presence in the newsfeeds of family and friends. Thus, it becomes the couple’s quest to show the world how much they love Bae, and Bae loves them. Many would call this cute. Some might even go as far as to deem these behaviors “Relationship goals (insert heart-eyes emoji here).” Relationships are more public than ever in 2016. Especially with the increasingly crippling dependency we humans have on social media.

Now more than ever, it seems that a couple’s personal understanding of their love for each other just doesn’t cut it.  Since the peak of the MySpace era that took over the early-mid 2000s, people have sought social validation through public declarations of their love online. Although this good-natured exploitation has its costs. It allows others to misconstrue the nature of a relationship based on the restriction of their knowledge to posts and pictures on social media. Hence the notion that if seven kiss-face emojis aren’t attached to the end of a sentence, something must be wrong.

Not to mention that choosing to display the contents of a relationship online allows lurking to happen. According to Techtarget.com, the internet definition of lurking entails “reading an online or e-mail discussion without taking part in the discussion.” However, this could also pertain to pictures or snap stories. What ensues is pretty much an unsettling adult-scale version of the book If You Give a Mouse a Cookie with the added details of ill-intent and a malicious backdrop. Spoiler alert: When you give a mouse this cookie, it doesn’t end well.  The story goes like this: If you give a  lurker spouse evidence, they become suspicious. If they become suspicious, they will lurk even harder. Once they’ve lurked their heart out, they will have enough substantial evidence to start a conflict with their significant other. This could go on forever, but most people know how this ends.

Which brings to mind the question: what makes this internet-fueled spousal-drama so often encountered by millennials worth it? Is it the validation from followers and friends ? Or maybe the fulfillment of some implied expectation set by society or by ourselves? In her piece for The Atlantic, called  The Psychology of Oversharing Facebook Couples, Cari Romm attempts to unravel the motives behind frequenters of online displays of affection:  Quoting  author, Gwendolyn Seidman, she says, “There is positive correlation between your self-esteem being contingent on relationships and it being contingent on other things external to you (e.g., others’ approval)…Those high in RCSE feel the need to show others, their partners and perhaps themselves that their relationship is ‘OK,’ and thus, they are OK.”

But what if things aren’t necessarily “OK” in a relationship? Should  we share those negative details online like we do with all of the positive ones? The answer to this question lies in our online audiences, which leads to yet another question: “Who truly deserves to know about my relationship?” Maybe it’s an aunt, or a grandmother; but does Joe Schmoe really need to be made privy to one’s relationship woes? If the answer is yes, then be prepared for inquiry from friends and followers; i.e.: “What happened?” or “You broke up? But you guys were so cute together!”

If the answer is no, you probably aren’t keen on re-hashing every detail of your relationship’s demise in a status update. However, choosing to omit the bitter details of a break-up will not prevent the outpouring of friendly concern regarding what went wrong. This is where the pressure comes in: “Am I being dishonest by choosing not to talk about this?” No. According to eHarmony’s The do’s and don’ts of social media after a break up, anyone who really cares about your post-breakup condition is willing to talk about it in person: “retain your dignity and have those difficult conversations face to face and in private if possible…Tell the people who are your friends that you are going offline for a while…and use that time to pursue other interests, lick your wounds and reconnect with people who love and support you.”

In the end, each of us has the freedom to publicize our personal lives and relationships at our own discretion. The important thing is that we respect ourselves, our followers and our our significant others in the things that we say and do online.