Breakdown of A Timeless Album On November 30, 1982, beloved artist Michael Jackson followed up his breakout solo album ‘Off the Wall’ with the release of an even bigger, edgier themed hit in ‘Thriller’, his sixth solo studio album. The album featured seven total singles that were huge successes for Jackson, including “The Girl is Mine”, “Billie Jean”, “Beat it”, “Wanna Be Startin’ Somethin’ “, … END_OF_DOCUMENT_TOKEN_TO_BE_REPLACED

By: Angelina Gutierrez Vasquez OMHS students should be concerned about climate change as it affects their community. What exactly is climate change?  Climate change is the long-term shift of temperatures and weather patterns. Some of these shifts are natural, like the changing of the seasons. But ever since the 1800’s, the main factor for climate change has been human activities. Things like burning fossil fuels … END_OF_DOCUMENT_TOKEN_TO_BE_REPLACED 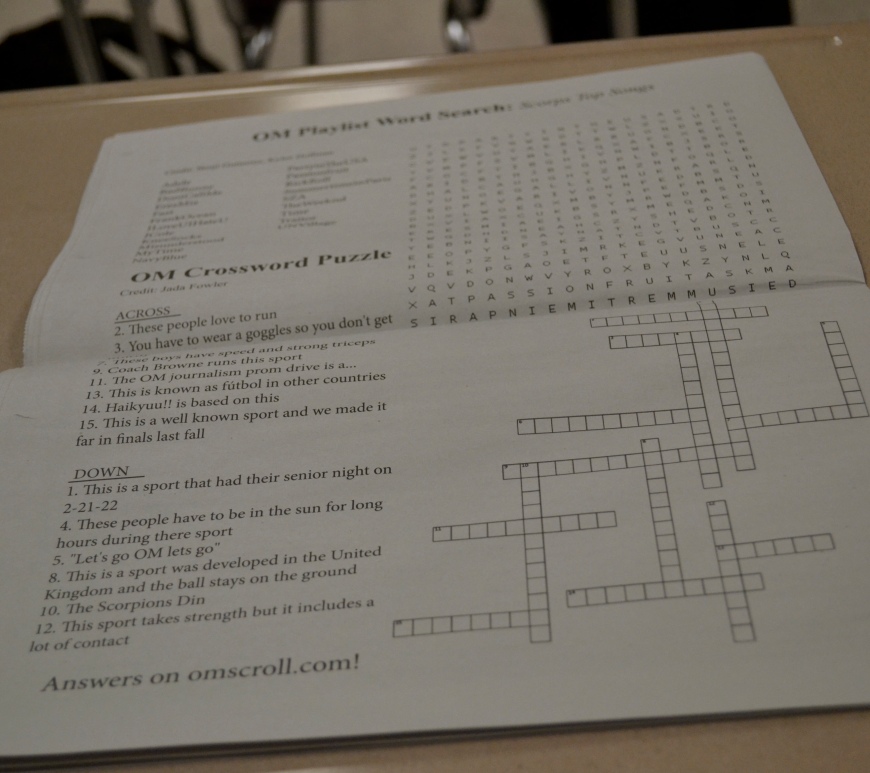 As many of you know, the second edition of our 2021-2022 newspaper has been published and distributed today! The answers for the crossword puzzle, located on the back of the newspaper can be found below. GirlsBasketball IndoorTrack Lacrosse OutdoorTrack Softball Cheerleader Baseball FieldHockey BoysBasketball OaklandMills Fundraiser Wrestling Soccer Volleyball Football Thank you again for reading our paper and completing our crossword puzzle, until next time … END_OF_DOCUMENT_TOKEN_TO_BE_REPLACED

By: Amy Dominguez If you haven’t heard lately, 55-year-old Angela Kukawski, business manager of the Kardashians and many other celebrities, has died. She was reported missing on December 22 and was found on December 23 inside of her car in Simi Valley, California. The suspect of her murder is her boyfriend, 49-year-old Jason Barker. Kukawski’s death was ruled as a homicide.  Angela Kukawski was a … END_OF_DOCUMENT_TOKEN_TO_BE_REPLACED