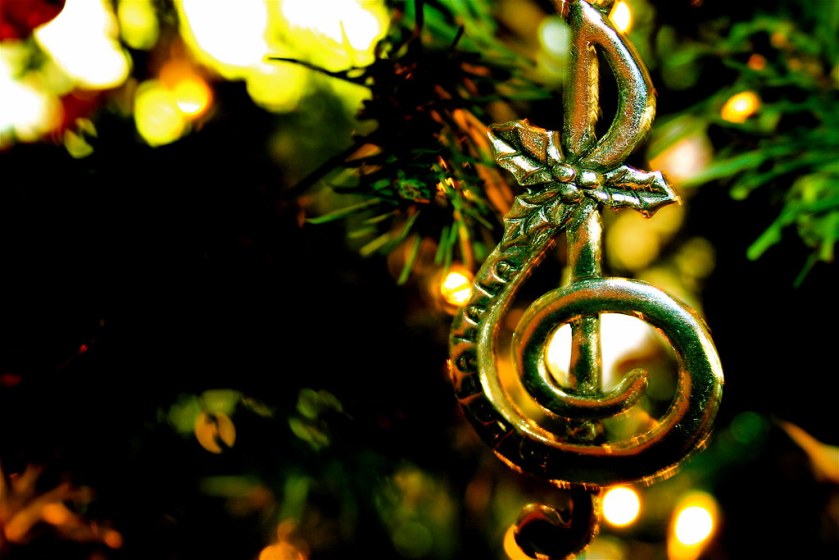 The Best Holiday Music for Every Music Sensibility

Another year, another stampede of Buzzfeed articles about why Christmas music sucks. Every winter, there seems to be a larger and larger segment of the population declaring their aversion to the festive tunes we all grew up on. It seems as if unless you’re Mariah Carey, you have no chance at capturing people’s hearts with a Christmas song anymore. Well, I’m just going to come out and say it. For all the gripes people have with the nonstop radio marathons and cookie-cutter remixes,  even I can’t help but have a soft spot for the genre. The celebratory music almost seems scientifically designed to put a smile on one’s face, be it a traditional hymn or glittering pop anthem. Christmas music has become so diverse at this point that I truly believe there’s a holiday song out there for everyone. On my quest to bust the myth of holiday music being uninspired and boring, while compiling the best holiday music, I made sure to specifically include Christmas music that caters to just about everyone’s inner music critic.

Holiday music is a genre ruled by the classics, which makes it hard for contemporary Christmas music to become bona fide hits. Ariana Grande’s “Santa Tell Me,” however, is an exception. The song delivers what Grande does best– a sparkling, wide-eyed, and hopeful  take on love. The lyrics ask Santa to reveal whether Grande’s love interest “really cares,” meditating on the joy of awaiting guests during the holiday season, and the pain that may ensue if they don’t arrive. Despite the subject matter, Grande asserts herself and her optimism, closing the gem with a clap-along-worthy repeat of the chorus, belting over a choir of gospel-styled “santa-tell-me!’s” making her vocal performance on this song a highlight in her discography. Anyone who enjoys the song should definitely give her ep’s, Christmas Kisses and Christmas and Chill, a listen as well.

Despite the expansive range of holiday music covers and reworks, the amount of Christmas rap and r&b is surprisingly low. TLC’s take on Sleigh Ride however, is a beloved hit that’ll satisfy one’s craving for the bubbly, electric excitement one feels as a child waking up to unwrap presents while seamlessly blending it with the laid back coolness that TLC was known for. Speaking of the mellow 90’s tune, Vice.com stated that the girl group “finally made Christmas sounds fun,” which sums up the song perfectly. Many holiday anthems have a habit of sounding a bit too formal at times, but the band chose to trade in the tipped hats and crystal wine glasses of the crooning, mid-century ballads our parents love for the frivolous mess of our younger siblings rushing to show their new toys to their cousins. The witty rap verses are the icing on the cake.

This mellow duet between acclaimed country singer Kacey Musgraves and retrograde pop star Lana Del Rey feels like a delicate snowflake floating it’s way to the ground. The ethereal cover, reminiscent of a fluttery Billie Holiday ballad, will leave you utterly moonstruck. It’s the perfect song to fall asleep to, as the overflow or energy from Christmas slowly makes it’s exit, and you dream of all your plans for the new year.

I deliberately steered away from most of the classics, but couldn’t resist adding this one to the list. Santa Baby stands out among most comedic holidays songs as a more grounded number, where a young Eartha Kitt (known by this generation as the voice of Yzma from The Emperor’s New Groove) sings about wanting  lavish gifts like yachts and jewelry. The clever lyrics still have an amusing tone, however, but is more refined compared to most comedic Christmas songs, like “Grandma Got Run Over By A Reindeer.” This song has been covered many times, and none of them do the original justice. As someone who’s adored Kitt’s singing voice for a loong time, I can attest that she simply brings a catlike quality to the song that no other female singer has replicated, try as they might. (And try they did. Many times. Unsuccessfully.)

#5 – Christmas Lights – Coldplay (for the sophisticated)

It’s no secret that sometimes all the sleigh bells and brassy horns and swelling orchestras can border on kitschy and even obnoxious. In times like that, Coldplay’s Christmas Lights saves the day. Made up of lowkey guitars and wispy voices, this song is the sort of song you can make hot cocoa to in the morning or play late at night during warm conversations with loved ones. It’s definitely a more reserved track that still manages to deliver on emotion.

This song is a good old-fashioned it’s-Christmas-and-I-miss-you songs, yet manages to hold an upbeat pace and sound despite the decidedly gloomier lyrics. The song is catchy and easy to sway to, yet isn’t as overwhelming or booming as some Christmas songs can be. It’s the perfect song to play in the car en route to your family’s get together, and an even more perfect song for everyone to sing along to when you inevitably get caught up in a winter break traffic jam.

Andra Day’s more traditional, old Hollywood style melody is perfect for the type of people who love Baby It’s Cold Outside, or Let It Snow. Day’s crisp, mature singing voice paired with a jazzy melody is a bona fide way to transport yourself back in time, the song still fits in with a more modern playlist, with simple instrumentation that solely relies on crystal clear piano.

Ah, Kpop. Everyone knows someone who likes Kpop, and to those people I recommend BTOB’s The Winter’s Tale, a pure pop song that tells the story of a couple celebrating Christmas together. It has a sparkling, sugar plum fairy-esque synth beats paired with an upbeat orchestral beat and a lively horn section, capped off with a key change at the end. The song carries a very wholesome tone that’s difficult to disapprove of. So, when your kpop stan cousin comes over, throw this on. Certainly couldn’t hurt.

Picture this. Your generic ‘Christmas hits 2019’ playlist you found on youtube has finished, and someone says they want one of the oldies. You brace yourself, having heard enough of the more well known holiday jams, when the metaphorical light bulb turns on. You play Last Christmas by Wham! Last Christmas is a classic song, beloved by everyone, young and old, which will satisfy the classic lover in your family. You’d be hard pressed to find anyone to dislikes the festive breakup song. It features young George Michael, which is reason enough to give the song a listen, and has a pleasantly catchy melody that you’ll be humming for days.

Frozen. Need I say more? Seldom has a movie captured young hearts across the globe like Frozen did, but this is Disney we’re talking about. Everyone knows someone who’s obsessed with Disney, and if we were all truthful, we’d realize we’re all obsessed with Disney. It may not me Let It Go, but it’s a wintery song about everyone’s favorite winter activity– building snowmen.

Christmas music only comes around once a year. It’s the soundtrack to some of the most important memories in a lot of people’s lives. Instead of mocking the subgenre every winter, we should embrace them! These are my Christmas music recommendations. Have a listen and a happy new year!