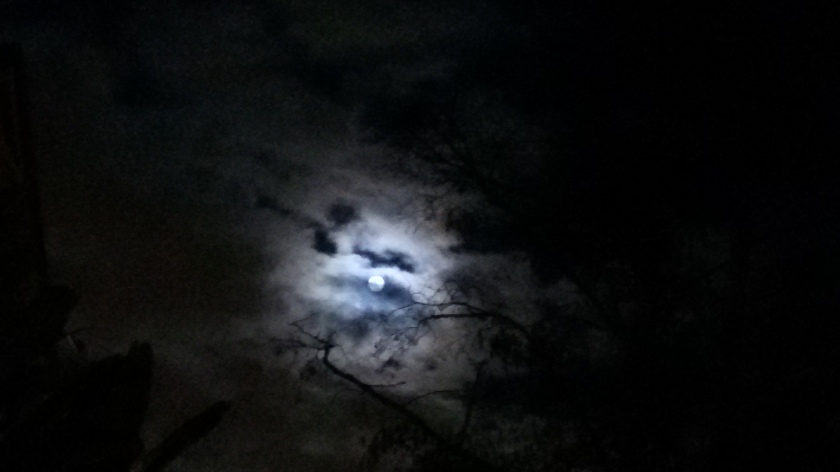 “Jingle bells, jingle bells, jingle all…the way,” the dark-skinned woman spoke, bat dragging behind her, blood dripping onto the festive snowman rug that was laid out on the wooden floor. The Christmas tree was lit up, red, green, blue, and white lights shining from the windows, giving a pleasant, warm feeling to anyone who walked past the two-story home.

“I never knew just how…pretty you looked…” her voice was smooth like velvet and as soft as a handmade blanket you would get from your favorite grandmother. Her big, deep, brown eyes landed on her masterpiece, it was her boyfriend… however, the only thing left was his head hanging from the ceiling with a pretty red bow on top of his fluffy, brown hair.

His eyes were closed, but to her, he looked so peaceful… something that she had wanted for him. But her art didn’t just end there. As she walked over to the fireplace, her bat continued to drag behind her. In front of the blazing fire, in a plush, brown chair sat Catherine…with a peppermint candy cane sticking out of one of her pretty, bright, blue eyes.

“You’re very beautiful… but sadly you decided to just touch something that didn’t belong to you…” A soft, giggle left her lips as she flipped her bat in her nicely manicured fingers before swinging it and hitting the girl straight in the head, causing a gurgling sound to spill from her. One of the killer’s personal favorite sounds…

Watching as Catherine looked at her, the bright blues begging for life while blood spilled from behind the candy cane and from her mouth, the killer simply laughed and hit her again, and again… and again. Christmas music blasted over the squelching sound of the metal bat connecting with the girl’s now exposed skull. And finally, with one last blow, she was content.

Gently holding her decapitated boyfriend’s jaw, she spoke “All I wanted for Christmas was you… but now you’re dead…. enjoy the afterlife, my love,” was the last thing she whispered after leaving a small kiss on the male’s pale cheek. Dropping the bat, she did one final look at everything, a small smile coming to her face as a singular tear dropped on her mocha-colored cheek. Shaking her head, she wiped it away just as quickly as it came before leaving the house, heels sparkling underneath the bright full moon while she hummed the slow tune of “White Christmas.”