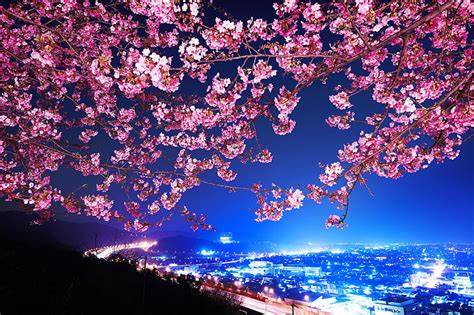 Over the past year, we have all had to find ways to entertain and occupy ourselves at home. Many of us have turned to various forms of entertainment to pass the time, one of which is watching anime. The good news is that there are many new releases coming in April in the anime world. Below is a list and description of each show that is set to come out soon.

First-year high school student Tatsuya Yoigoshi, a former soccer ace, gave up sports after middle school and has come to start disliking sports. He then receives an invitation to join the Kabaddi club. He originally laughs at the idea, but then his feelings about it change after watching an intense and interesting Kabaddi practice.

The story focuses around James Moriarty, he is an orphan who assumes the name William James Moriarty when he and his brother are adopted into the Moriarty family that mistreat the two. The two brothers get their revenge one night and stand up for themselves. Soon after, Moriarty becomes a criminal consultant helping bring justice to people who are less fortunate.

This anime is about a world where vampires co-exist with humans in 1923, but an artificial blood source has appeared that they can use to survive. Unfortunately, the number of vampires is increasing, so the government brings back a task force called Code Zero. This task force focuses on information and intelligence to investigate and take down the vampires before they overpopulate society and make it crumble.

Sei Takanashi, a 20-year-old office worker, is one day summoned to a new world, but the person that was supposed to be summoned was a saint that would banish dark magic. Unfortunately, the summoning spell brought two girls instead of one, and everyone chooses the second girl, not Sei. Sei is not bothered by it; she just leaves the royal palace and sets up a shop making potions with her new magic abilities, but soon her duties as a saint start to appear.

One day, Takuma Sakamoto is summoned to another world with the same appearance as his video game self, which players called the “Demon Lord.” In this other world, he meets two girls who both claim to have summoned him and try to cast a spell to make him their servant. However, he reflects their magic which bounces off of him and hits the girls making them his servants.

Shiki is a young boy living among robots at an abandoned amusement park in the Granbell Kingdom. Shiki soon meets Rebecca and Happy when they visit the park, and they are the first humans that he has made contact with. A robot rebellion soon starts breaking out and Rebecca and Happy are abducted. Shiki goes and rescues them, but it was just a ruse to get him to leave with them because all the robots were about to shut down. Shiki, Rebecca, and Happy join up and ride in their spaceship as they travel the cosmos.

While watching the news, Takemichi Hanagaki, a 26-year-old, finds out that his girlfriend from middle school, the only girlfriend he ever had, was killed by the ruthless group called the Tokyo Manji Gang. After that day, he’s standing on a station platform and ends up being pushed over and into the tracks by a group of people. As he is about to die, he closes his eyes, but when he reopens them, he realizes that somehow he has gone 12 years into the past and decides to save his girlfriend.

A young boy all alone in the arctic region of North America meets a wolf and they become companions. The pair goes on a hike in the mountains to the boy’s home where the boy expresses his dream to the wolf to meet people, either good or bad.

Working non-stop as an office worker, Azusa worked so hard and died at the age of 27 from overworking. She then gets offered one wish, which is that she wants to be immortal in her next life. Her wish is granted, and she is reborn as an unaging, undying witch. She starts to enjoy her new life by living the slow life, with a ban on hard work and defeating slimes every day for 300 years. But while doing this, she maxed out her level and becomes the strongest in the world.

Here is a list of a few more anime coming out in April as well: