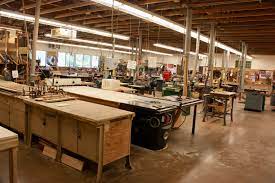 Many electives are provided at Oakland Mills, and during my four years, one of the best and most interesting electives I took was Foundations of Tech (F.O.T). I initially took this class sophomore year just to fill a graduation requirement. I thought the class would only contain concepts that included computers, but the class was much more than making websites and research.

Throughout the year in the class, we made many different objects out of wood using machines such as the band saw, scroll saw, and more. For example, we made a marshmallow launcher, robot stacker, our favorite cartoon character, a cube puzzle, and a toy car.

With these objects that we made, we had competitions against each other to see who’s marshmallow launcher could launch the furthest marshmallow, who could stack the most blocks, and who had the fastest car. Each winner from the competitions won a prize. It was a fun way to see our hard work pay off and have friendly competition, especially since our teacher was Coach John Browne (who is also the basketball coach).

Not only would we build stuff, but we also learned how to make our own websites for social media, made our own advertisements, data sets, and we made a 3-D outline on the computer of our cube puzzle. Also, we did research on different inventors and the stone age, iron age, and so on. In this class, you can get a little bit of everything and I think that’s what makes the class more interesting and fun than any other electives. Some F.O.T. teachers don’t have a workshop in their classroom, so the experience might be different, but you would still get to make things.

I would recommend taking F.O.T. as your graduation requirement for technology. It is an easy way to learn how to use basic tools and machines like hammer, drill, pliers, saw, sander, and more. These are skills that you can actually apply after high school and college, and they are important to know at least some basic knowledge of them.