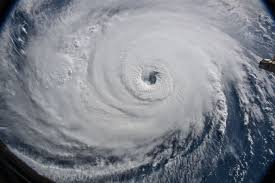 Last Friday, a Tropical depression did substantial damage towards Louisiana and a portion of Texas. Tropical Storm Delta, the first Greek-named hurricane to hit the U.S., started its reign towards Mexico’s Yucatan Peninsula just two days prior while it was still a Category two hurricane. At one point, the storm weakened to Category 1 before slowly strengthening itself into Category 3, then weakening itself back to Category 2. Originally estimated to produce winds that are up to 115 mph, the storm produced winds 15 mph less than expected.

Still recovering from a Hurricane that struck two months earlier, Louisiana had issued evacuation orders and curfews for the people living in the path of the storm. Some cities had also requested city employees to be dismissed no later than 3:00 pm, an hour before Southeast Louisiana felt Delta’s effects. “We remain very much concerned and on guard should we need to help our neighbors along southwest Louisiana,” New Orleans Mayor LaToya Cantrell told CNN.

In addition to New Orleans, cities that felt the effects of Tropical Storm Delta were Lake Charles, Lake Arthur, Abbeville, Baton Rouge, of which are all in Louisiana, and Beaumont/Port Arthur in Texas. After it hit Louisiana, it continued towards northwest Mississippi and central Tennessee before dying down at 7:00 pm Sunday night in Kentucky.

According to CNN, it was reported the storm left substantial damage to both the environment and the economy. Regarding the environment, Delta gave areas of impact 6 to 10 inches of rainfall, which was much more than Laura, and was enough to cause flash flooding in major cities. Winds were also strong enough to send debris into the air. Regarding the economy, the hurricane damaged many houses and left millions without working electricity. CNBC reports Delta left almost $62.85 million in damages.

Only one death has been reported, and clean up is currently underway. If you would like to help, visit redcross.org to learn more about rebuilding efforts.