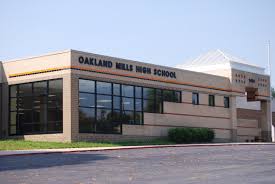 The building was first renovated in 1991, and again in 1998. They added a new part to the school to make it bigger. It was called the new wing of the school. It was built to make more room for students.It then held 1400 students.